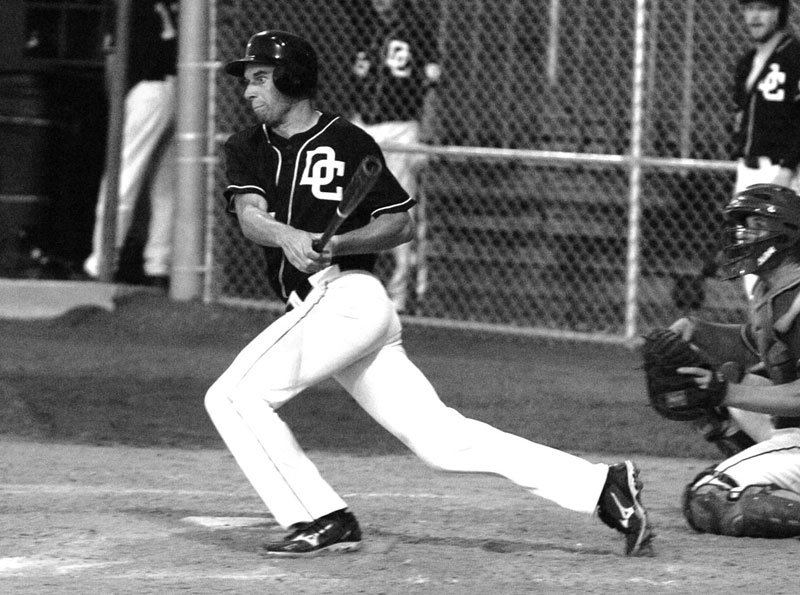 John Hohenstein returns in the leadoff spot for the Saints. Hohenstein is the career leader in steals for both the Saints and the North Star League.

The DC Saints are looking to return to the state tournament for the first time in eight years under second-year manager Drew Carlson.

Carlson replaced Mark “Whitey” Forsman last season, after 32 seasons at the helm for Forsman. Whitey led the Saints to 621 wins and 12 state tournament appearances in his career and led a tireless effort to turn the Dassel Ball Park into one of the top fields in the state to watch amateur baseball.

The last state tournament appearance for the Saints was in 2011.

2018 finish: Last season, after a 10-10 regular-season finish, the Saints finished 1-2 in the Region 12C playoffs, losing to Loretto 3-2 in 15 innings in their playoff opener, that spanned two days, before rallying from a 6-0 deficit to defeat Maple Plain 8-6.

The Saints were eliminated one game later by Delano, losing by an 11-0 score.

John Hohenstein led the team with a .327 batting average, with a team-high 33 hits and 19 runs scored. He also led the team in stolen bases.

Tyler Zweibohmer led the team with six wins on the mound, while Jordan Flick led the team in innings pitched, strikeouts, and ERA (3.04).

Teams to beat:  [From NorthStarLeague.org] For 2019, the North Star League managers are predicting the standings will look a lot like the 2018 standings.

Maple Lake and Hutchinson are picked by most to compete for the championship. Delano is expected to be healthier and is picked third.

Buffalo and Loretto are the selections for fourth and fifth, with D-C slotted for the sixth slot. Howard Lake, which needed to win a tiebreaker to avoid being in the bottom four, is predicted for seventh place, and Maple Plain, which lost that tiebreaker, is picked for eighth.

The next three teams are picked to also make the top seven and receive a bye into the Regionals. That leaves the three teams who finished as the bottom three last year, and the managers are predicting the same finish with Cokato ninth, Litchfield 10th, and Montrose/Waverly to be 11th.

Key additions:  The Saints will be looking to add some key returning players from the DCHS squad.

Key losses: The team will lose a key bat in the lineup in Brendon Opsahl.

Outlook: The outlook for 2019 is much more of the same as it was in 2018 – continuing to compete for the top spots and expecting to be up high in the standings.