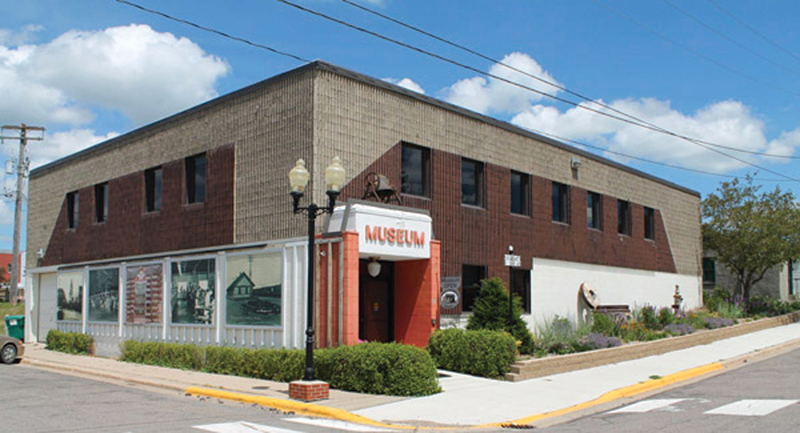 The Cokato Museum was founded in 1976. Its mission has remained the same: to chronicle the story of the people of Cokato and the surrounding townships of southwestern Wright County.

Located across from Peterson Park, the Cokato Museum houses much of the city’s heritage. As a cooperative effort between the City of Cokato and the Cokato Historical Society, the museum chronicles Cokato’s rich history dating back to its early settlers.

Located on the corner of Fourth Street and Millard Avenue, the museum features a variety of permanent exhibits, along with featured exhibits throughout the year. This year, through mid-October, the Cokato Museum is showing the exhibit “Cardinals Charge Up: 50 Years in the

Making,” and “Jerry Knapp and Elite Enterprises.” Past exhibits have included “Mover’s & Shakers: Celebrating the Women of Cokato,” “A Kernel of Time: Celebrating the 70th Annual Corn Carnival,” and “Cokato, 1968!”

Artifacts from some of its most significant historical landmarks, such as the Titrud round barn, H.C. Bull house, bank, and log home are among the permanent displays.

Along with temporary and permanent exhibits at the museum, the Cokato Historical Society also hosts many programs and presentations, including an annual New Year’s open house featuring tin melting, a Finnish custom used to “predict” what will happen in the coming year.

Over the last several years, the museum hosted several Escape Rooms, converting its gallery into a challenging puzzle-maze based on local history themes.

Listed on the National Register of Historic Places as a nationally significant site, the Gust Akerlund photography studio was built in 1905, and is another place that tells the story of Cokato’s rich history. The studio, which is located just east of the museum on Broadway Avenue, is open for viewing and features original cameras, equipment, and furnishings used by early 20th century photographers.

Further details about the museum, including information about volunteering or becoming a member of the historical society, may be found at www.cokatomuseum.org or by calling 320-286-2427. The museum is open to the public Tuesday through Saturday, 8:30 a.m. to 4:30 p.m., and is closed on major holidays. Group tours are available by appointment. There is no admission fee.